What's in a Leader? 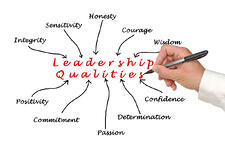 I’ve been at quite a few talks on Leadership. You know the kind of thing – how to be a good leader, what makes a great leader, how I became a great leader etc. One thing they all have in common – as with much of the literature on leadership – is that they examine leadership from the point of view of the leader – rather than the led.

I recently had dinner with a good friend. She’s being made redundant from a job she’s been in for 15 years – so big changes ahead. We spent much of the evening chatting about what she was going to do next, how she should approach the challenge etc. The conversation moved to talking about what her ideal job looked like.

Her reply kind of surprised me. “Remember Bob” she said – former boss she’d worked for about 5 years ago. “If I could work for Bob again – that would be my ideal job”

No mention about the role, the money, the location etc – she just wanted to work for Bob. Now as it turns out, Bob is now located about 3,000 miles away. Would she move – hell yes!

So I asked her – why? What was so special about Bob that she would up sticks and move 3,000 miles just to work for him again?

Her reasons were really rather simple. Bob inspired her. He instilled in her, and the rest of the team, the belief that they could achieve anything. He praised them endlessly, introduced them at conferences as ‘a key member of the team’, ‘the real driver behind x’. He had their backs. In short he made her feel ‘like I could walk on water’ – her words not mine.

Bob’s ability to make his team believe in themselves meant they achieved more than they ever thought possible. They went that extra mile to show him his faith in them was not misplaced.

So what's in a leader? Maybe we should all take a leaf out of Bob’s book – who knows where it might lead?